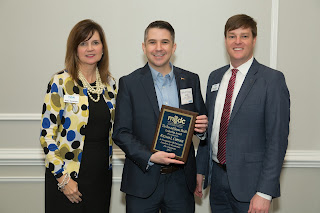 William Lusk Coppage, a native of Greenville, MS, serves as the Economic Development Project Manager with the Washington County Economic Alliance (WCEA). As the Project Manager, Coppage assists the Executive Director, Cary Karlson, on various economic development projects including business retention and attraction, as well as being responsible for online communications and ongoing data collection.

Prior to joining the WCEA, Coppage held the position of Executive Assistant to the Mayor with the City of Greenville. He served in the United States Air Force as a Crew Chief on a Boeing KC-135 Stratotanker. Coppage is a multi-instrumentalist singer/songwriter. He has also numerous poetry and prose publications including in the Oxford American and Greensboro Review. His 2012 collection, Fantasies of Men won the 2012 Main Street Rag Chapbook Contest. Coppage graduated from the University of North Carolina in Wilmington, NC with a Bachelor of Fine Arts and has both a Master of Fine Arts and a Master of Arts from McNeese State University in Lake Charles, LA.  Coppage and his wife Missy (Gymnastics Program Director & Head Coach at The Hodding Carter Memorial YMCA) reside in Greenville with their daughter, Lyla Jane, and two pound puppies, Jolene and Townes.
No comments: