Looking Back at the Flood of 2011 - Greenville, MS 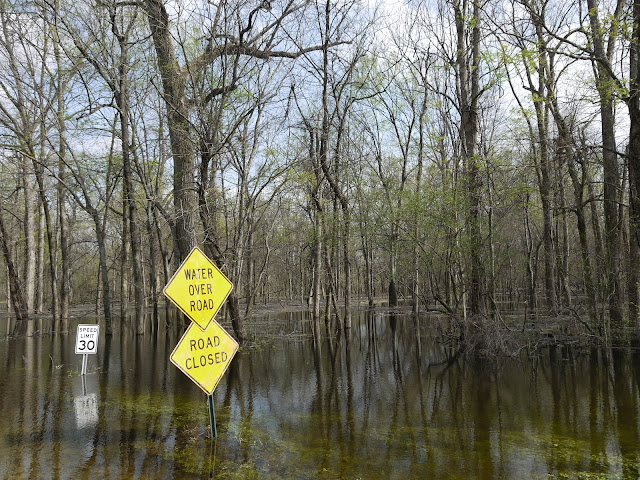 Much of the web traffic that leads people is in reference to the flooding of 2011. I wanted to make a post that had all the flood related post.

It seems like since the first major flooding in 2008, my father and step-mother have only lived in their house less than two years. They have had to bounce from hotel room to spare bedrooms. The house is complete, and they are happy. I give them much respect for enduring such a tragic event. I am sure it took a toll on both of them. I give them all my respect and love for their continual support of each other through these past years.

The first post is one titled: "Leading up to the Flood" In this post you can see what the "normal" water levels have been in the past. You also see pics from the 2008 flood where ONLY half of the house was destroyed.

This next post is a fun one for me. Every year the water does get in our yard. March of 2011 was no exception. However, the water rose and then left. The residents thought this was going to be the only sign of high water. In this video, I am catching carp with my hands in the front yard. The river stage is 48 ft year. Water is in the house at 51. So while there was some fun and games, there was much concern.

The next is from May 8th. A few of the neighbors (including my father) was able to get a hold of a barge. The barge was pushed up to our house in order to get the furniture out of the upper floors.

RIVER CRESTED AT 64.5 in Greenville

This last post is from April 2012. I visited with my camera. The area along Lake Ferguson is still in waste. I poked around in numerous houses that had been abandoned and was able to get a few pics.

I have numerous gigs of photos and videos that people sent me. I hope to one day get them in some sort of book formant. I hope you enjoyed these posts.

Just thought I would share a few tunes that I have been really stuck on the past few days or so.

I have a new poem ("End of Season") out in the new online issue of Rougarou. I feel blessed to be in an issue with so many fine other writers.
1 comment:

The delicate chaos of Annie Clark's songwriting can be seen here in the acoustic rendition of her hit song "Surgeon."